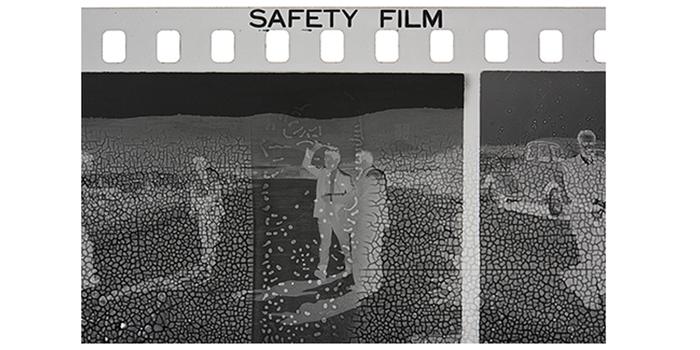 The archives of the Arab Image Foundation in Beirut, Lebanon, encompass a plethora of photographic material from the Middle East, North Africa and the Arab Diaspora. Initiated and developed by artists interested in photographic preservation, the AIF emerged as a place dedicated to the understanding of photography and the practices of collecting, preserving and sharing images.

Far from presenting a historical account of the AIF, this exhibition presents an artist’s perspective, which is critical for understanding the organisation’s practice. Through Akram Zaatari, one of AIF’s founding members who played a key role in its development, the exhibition reflects on AIF’s 20-year history and the multiple statuses of the photograph, as descriptive document, as object, as material value, as aesthetics and as memory. Zaatari’s expansive work on photography and the practice of collecting, takes an archaeological approach to the medium, digging into the past, resurfacing with new narratives and resituating them in the contemporary.