Torné Esquius: Poetics of the Everyday 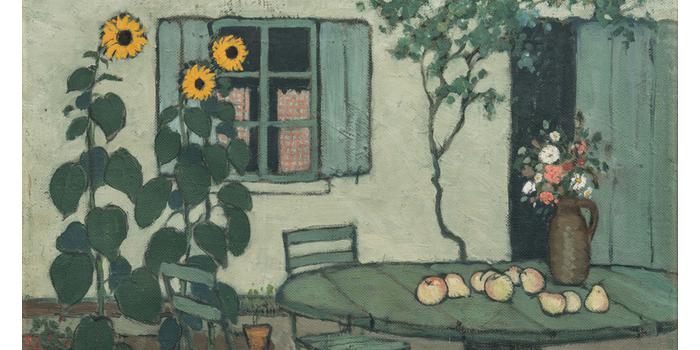 For different reasons, the singular work of the painter, illustrator and cartoonist Pere Torné Esquius (Barcelona 1879- Flavancourt, France, 1936) doesn't fit in with either the modernist proposals or the noucentista style (turn of the century), even though the latter considered him to be one of theirs. His favourite topics were interior or secluded spaces, such as gardens or living rooms, humble or of artisan extraction. It is worth highlighting, very often, the absence of the human figure and the main presence of inanimate elements that on occasions would cause a disturbing or even alarming effect. He also produced other genres such as landscapes or portraits.